What is a powerful woman?

I read something interesting in the Elephant Journal the other day. To put it simply, it is one woman's opinion on Fortune magazine's 50 Most Powerful Women.

The article begins with her observation (or rather, criticism) of a woman
Out of curiosity, I Google image-searched the Fortune magazine cover in question.
I don't know. I think she looks pretty feminine, in fact she looks quite beautfiul. I also think she looks pretty shapely... I had more of an image of Julia Gillard when I read that description, but even I wouldn't call Julia Gillard unfeminine just because she wears a power suit.

The author then quite melodramatically writes that


"If the most powerful women in our country are heading up these companies, we are beyond fucked! At the risk of sounding accusatory, these are the companies that are killing people and killing the planet. This is the direct opposite of what women’s bodies are quite literally created to do.Last I checked, there are no organs of mass destruction between my legs."

All because these women headed up large companies like IBM, HP, Krafts...

Forgive me if I'm ignorant, but I didn't realize that companies like IBM, HP and Krafts were killing people... I'm also unsure as to what to make of the statement about "organs of mass destruction"... isn't that a rather sexist thing to say?

She says that women are healers, mothers and survivors. I suppose that for the most part is true, but how does she know what impact the 50 women in the article have had in their respective companies? Perhaps they've changed their companies to be greener, or to increase their charity contributions. Can we just assume that because they work for a big company that they must be "killing the planet"?

I'm just tired of women who complain about other women who are successful. Women who quite obviously envy other successful women who then decide to say that the path that they've chosen for themselves is "holier than thou" in order to justify a missing part of their lives.

Prime example in case (pardon the pun), Julia Gillard, who has been attacked countless of times by women (and men!) for her physical appearance. I used to believe in a sisterhood... now, all I see is a real-life rehash of Mean Girls.
Please ladies... we complain about men being unfair to us, and yet all we do is be unfair to ourselves and we can't even celebrate with members of our own gender who have succeeded to go where we couldn't.

Email ThisBlogThis!Share to TwitterShare to FacebookShare to Pinterest
Labels: wisdom

Hi, I'm Hui! Welcome to my health and lifestyle blog!
I write all about my fitness updates, reviews about anything lifestyle/health-related and I may squeeze in the occasional nerd post. To learn more about me, click here.

We Never Asked for Wings
by Vanessa Diffenbaugh

Swooning: A Classical Music Guide to Life, Love, Lust and Other Follies
by Christopher Lawrence

You're Never Weird on the Internet
by Felicia Day

Better Than Before: Mastering the Habits of Our Everyday Lives
by Gretchen Rubin

The Luminaries
by Eleanor Catton 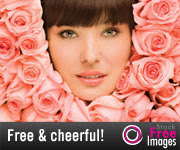